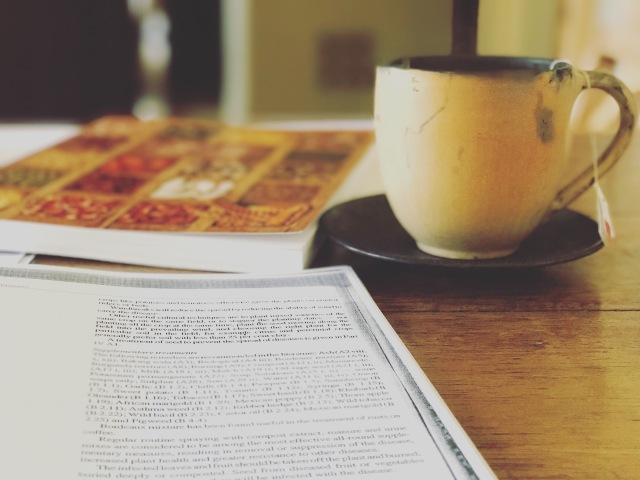 Yesterday was the third anniversary of Carl’s passing. I’m afraid that if I start writing that I might not be able to stop. I don’t know where to begin. There are too many things in these past many months that have been left unsaid. Life here in Uganda is always happening. It’s often messy and includes a complex weaving of stories that are not always mine to tell, at least not publically. Writing takes time. Untangling my thoughts from the complex intertwining of miracles and disappointments often takes more than I have to give. Which is unfortunate. Because God has been woven into every single detail.

It’s nearly noon. I’ve been sitting at my desk for nearly two hours. I’m reading about different strains of amaranth, pollination and seed saving.  I’m reading about carrots and nutrient density in varied colors. I switch gears in search of an organic solution for the blight that is attacking our tomatoes and am nearly undone with excitement when, in the process, I also find a hearty handful of ideas of how we might get rid of the pests that are eating our cabbage and kale as well.

This morning, I went out to the garden in the light of the rising sun and again, later, to share my discoveries with Simon, our Joy Collective employee whom I work alongside in the garden. I was exhausted. Late to find sleep and early to rise. This place requires all of me. My fatigued state of mind made things seem more cluttered than usual. It made things shift shapes to look worse than they actually are. My walk in the garden felt discouraging. Blight, leaf eating pests and even rats stealing our vining plants in the night. The devil snickers at my tiredness and his success in causing me to notice all the threats from every angle. I always thought that northern Minnesota gardening was one of the most difficult places to grow food. Turns out I was wrong. I was so naïve. Despite being well traveled, my hands had not spent much time in dirt other than my own. Our rich glacial soils and cold winters that eradicate so much of what we struggle to keep at bay here in Uganda was a blessing that I never fully understood while racing those all-too-short growing seasons. This tropical environment gives forth a never-ending supply of challenges. The persistent heat of the tropics is just as unforgiving as any amount of snow and ice that my former environment had to offer. This place is designed to devour itself.

Whatever the case, my exhaustion was causing me to see things in ways that aren’t really true. The pest issue isn’t that bad and, honestly, most of the vining plants can still be replanted, even if for the third time. As for the blight, that story remains to play itself out, but I actually have more tomato seeds than I know what to do with and, with every challenge that arises, a massive amount of learning happens right along with it.

As for the wave of discouragement that had just washed over me, what I had on my hands was not a case of unredeemable failure, rather the strange and unpredictable run-off of grief, a backfill of emotion I had either experienced or escaped in the day before. Perspective is shifty.

I decided to go back to the house with the intention of allowing myself some rest. Since moving to Uganda, I find the benefits of rest to be both obvious and profound. I told Simon that I would return to the garden later with more encouragement. This place isn’t just teaching me about pest management in the garden, but also how to tend to what rises up within me, too. There is more than one way that this place will devour you, if you let it. My morning rest ended up taking the form of pouring over books and then getting too excited to sit still once I found myself fully footing down a rabbit trail of solutions.

At the moment, I sip tea from a fragile, but beautiful cup that I purchased yesterday. As I lift it to my lips to take a sip, it smells of smoke, the scent of a wood-fired kiln. I linger, enjoying the way the process of its creation is somehow infused into its very being. I doubt the cup will last long. It also smells of clay, a consequence of being fired at low temperatures. I don’t care. I’ll enjoy it thoroughly as long as it lasts with hopes that it holds its earthy smell no matter how many times it’s washed. The cup was a gift to myself. Something like a birthday gift, but different. The whole day was somehow a small act of quiet celebration. Three years now, Carl has been in Heaven. Three years since the day that, standing at the table in the swirling motion of Carl’s family’s kitchen, I gave my life to God. Carl and I both died that day. And then birthed into something entirely new. It has been the hardest three years of my life. But yesterday was less about my sadness than I expected. It was, instead, a tenderhearted day of quiet celebration. It was a day of beauty and friendship and fellowship. In deep ways, my day filled with gorgeous hearted people in moment after moment that I never even planned for. I made it through the day that I had so thoroughly dreaded.

As if yesterday could somehow be a birthday, I realize that this year ahead will be filled with something softer. The dark cave of grief that I’ve made my home out of for so long is asking to be tended to. God Himself has been whispering ever so gently into my very being. He tells me to carve out space and with that thought I notice the warmth of a small fire where it is darkest. It glows golden. I tend to my surroundings in a peaceful and loving way. Not hurried. Even my heart feels soft. Love fills the space, transformed. I open up my arms to allow in the prayers of those in pain. Somehow there is no end to how much can be gathered in. This soft, glowing cave, somewhere in the mountains of my heart, becomes a healing space not just for me, but for all who are drawn there.

I go back to the garden. With bare hands, I spread ash around the leafy plants, a circle of protection. The ash feels like death, but added to the garden it creates life. I enter into a new time and space, one which God has had waiting for me all along. Even this, right now. I give myself to it fully.